I felt inspired Friday morning to make myself a breakfast of blue corn atole in preparation for a long day of work after reading of it’s use in Rudolfo Anaya’s classic novel Bless Me, Ultima.

Atole, from the Nahuatl word atolli, is a maize porridge which has been eaten in Mexico for thousands of years.  According to Daily Life of the Aztecs, breakfast for the Aztecs “nearly always consisted of a bowl of atolli… thick or thin as the case might be, and either sweetened with honey or seasoned with pimento.” 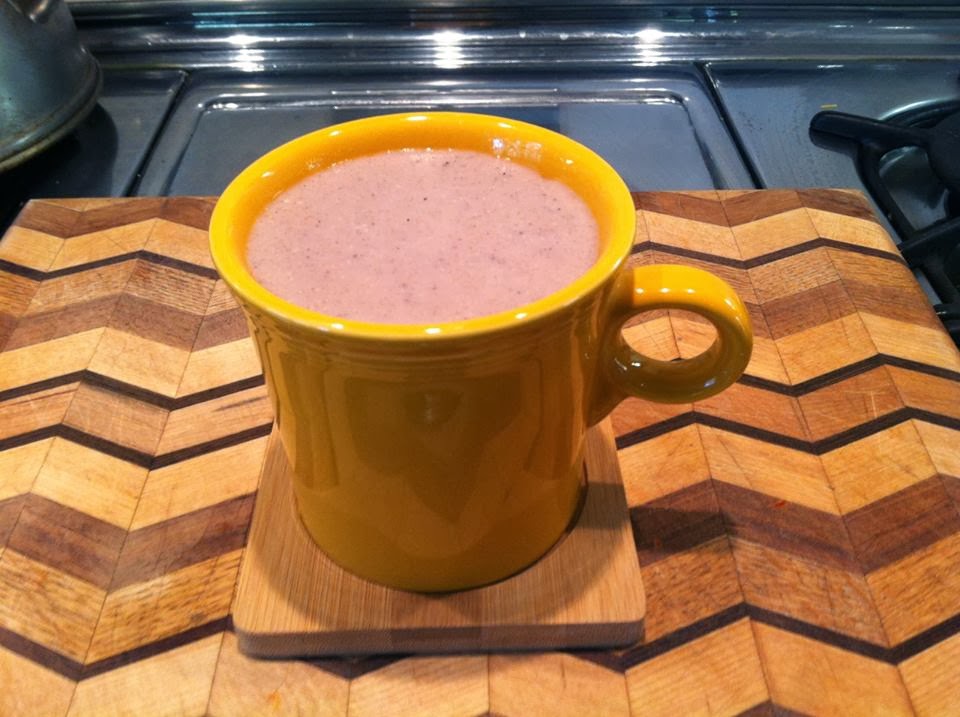 “’Ay,’ Ultima said, ‘we have begun our cure.’ She turned and looked at me and I could tell she was tired. ‘Are you hungry?’ she smiled.

‘No,’ I replied. I had not eaten since breakfast, but the things that had happened had made me forget my hunger.‘Still, we had better eat,’ she said, ‘it might be the last meal we will have for a few days… Lay your blankets there and make yourself a bed while I fix us some atole.’

‘This is good,’ I said. I looked at my uncle. He was sleeping peacefully. The fever had not lasted long.

‘There is much good in blue corn meal,’ she smiled. ‘The Indians hold it sacred, and why not, on the day that we can get Lucas to eat a bowl of atole then he shall be cured. Is that not sacred?’"

1.  In a saucepan, whisk water, milk, cornmeal, and cinnamon until there are no lumps.

2.  Heat over medium heat, stirring constantly until it begins to thicken.

3.  Bring to boil, then add sweetener to taste and reduce heat to a simmer.  Continue to stir and prevent lumps from forming for a minute or two.