First Overnight In The Angeles

It was mid January of 2009 when I departed for my first overnight journey into the mountains.  I had been hiking the trails often, and had been wanting to camp overnight for some time.  I felt different when I was out on the trail…  free and strong.  I was comfortable by now in these mountains, and wanted to know what it would be like to take it one step further and stay overnight.

This was to be an adventure!  I had a tent, sleeping bag, book, instant miso soup and cooked brown rice, water bottles, granola bars, and tortillas.  I began from the Chaney Trail parking lot in Millard Canyon - my favorite place to take off into the mountains.  Following a quick smoke, I placed my Adventure Pass in the window, and was off.


It’s always exciting hiking up the trail through the oak-covered hills and above the stream of Millard Canyon.  Though it felt the same as the hikes I’d make into this canyon before, I knew this time I wouldn’t be coming home at the end of the day.  I’d be out there.  Outside.

I’d hiked the Sunset Ridge trail so many times by then that I fail to recall any significant difference in my enjoyment of the sights and smells of native California during this particular trip.  I only remember knowing that this time I’d wake up in the forest!  It seemed an adventure indeed, and I felt pretty bad-ass when chatting with a group of young hikers I met while taking a pause to eat some tortillas at Dawn Station - an old station of the former Mt. Lowe Railway. 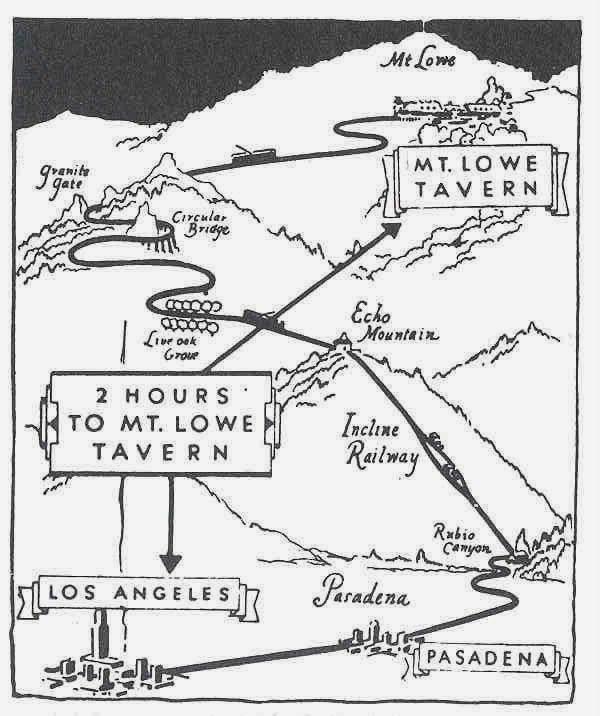 I had been up to that point before and higher, having reached the Mt. Lowe Campground at least once before.  I was encouraged when I reached the timberline not much further above, knowing that I was coming upon the last stretch of my journey.  I passed Granite Gate, and took a picture of it with my cellphone.  I studied all of all of the old-time photos on display boards.  Signage and pictures of other landmark passings were posted all the way up to the campground. 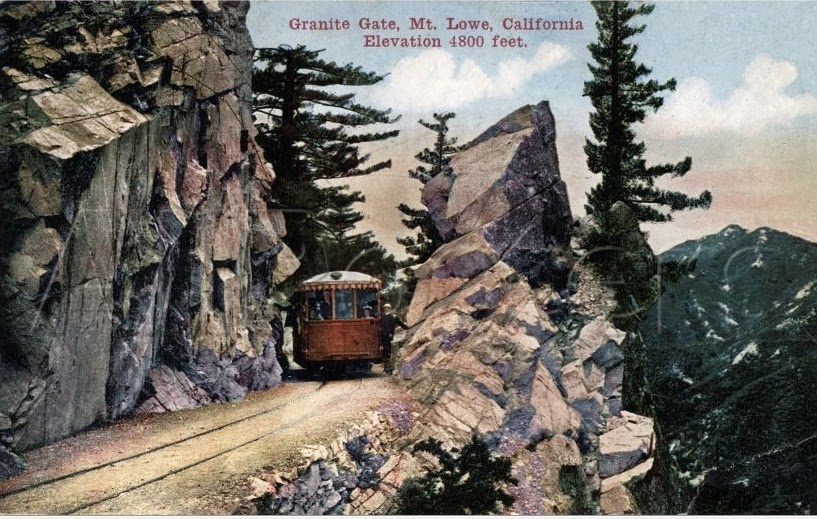 Once I finally arrived at the campground, I was relieved to find that I was the only one there.  I rested my pack on a bench-table seat and sat to enjoy a snack following my exertions.  What a feeling I had, while my legs were swinging on that bench and I was eating my sandwich.  Looking out over the trees in the afternoon sunlight and knowing that I was free!  That I was here!  That I had nowhere else to be!


I had reached the campground and took time to read it's informative historical exhibits, but my goal was to reach the nearby summit of Mt. Lowe that day.  Not wanting to lug as heavy a pack as I had been carrying further, I climbed into the woods on the hillside above the ruins of the old resort and stashed my tent and sleeping bag behind a tree.


This was all new country to me now, and I passed first the site of old cottages that had housed guests and maids of the resort as far back as the 1800s.  When finally I reached the summit of Mt. Lowe, I admired the pictures of Professor Thaddeus Lowe and some other old-timers in fine dress on the summit of the former Oak Mountain (later renamed for Lowe.) 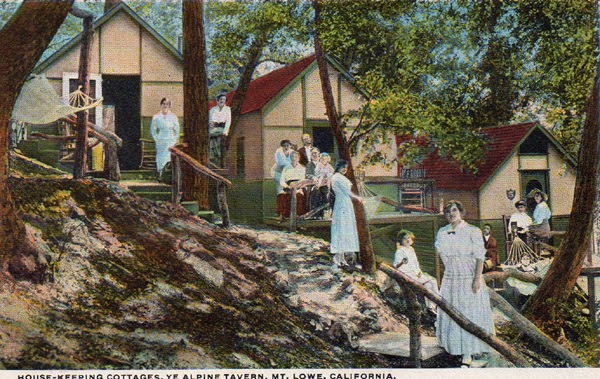 I ignored the group of eight or so affluent-looking folks (who had obviously walked in from the nearby Mt. Wilson Road) and gazed out upon the horizon and to the valley below.  I actually managed to text my brother from that height and let him know that I’d made it!  It was good to receive his response, and I admired and explored the peak a while longer.


By the time I arrived at the campground and had retrieved my stashed goods, it was almost dark and I had yet to make camp and forage for firewood.  I had not expected that I would be allowed to make a campfire.  It was my first time camping, and I guess this city boy expected the rules to be more stringent!  I was pleasantly surprised to find the fire-rings, but found myself now scurrying about in near-darkness trying to scavenge enough dead and cut branches to maintain a fire.

Luckily, there was an abundance of dead branches piled up - native shrubs and manzanita wood that had been cleared and piled on the side of the fire road to the camp.  I gathered the remainder of my wood in the dark with the aid of a miniature LED flashlight and felt rather light and energetic running about in the brisk evening air.  Perhaps the feeling of lightness was because I no longer carried a heavy pack strapped to my back.

The surrounding hillsides and peaks had grown dark by the time I huddled near the campfire.  The stars were out, and the ruins of the old resort were dark and empty as the light of my fire flickered against it’s walls.  I made some tea and munched on trail mix, though I distinctly recall not being able to sit down and relax near my fire as I would have liked, for I was continually getting up to feed it.  I was walking my tired body around different sides of the flame with my bandana over my nose and mouth like a bandito, trying to avoid the shifting direction of the smoke that burned my eyes.


I sat near the edge of the fire pit for a while trying to read the book I’d brought by firelight, but it was never long until I had to get back up to again feed the flames.  Eventually, sooner than I would have liked, I decided it was time to go into my tent and abandon the embering pit.  I hung my little flashlight in my tent and unrolled my sleeping bag.  I laid down on top of it and felt that I could have fallen asleep right then and there.

I roused myself up into a sitting position under my light to read a bit.  The book I’d brought with me was one which I had just received for Christmas entitled “Sacred Plant Medicine:  The Wisdom In Native American Herbalism.”  A seemingly fitting book for a night in the forest.  Hours passed as the cold wind whistled through my tent.  The haunting photographs of long-dead medicine people stared somberly at me through the depths of time as I read of the connection and relationships between humans and plants, and of the knowledge that can be gained firsthand from plants. 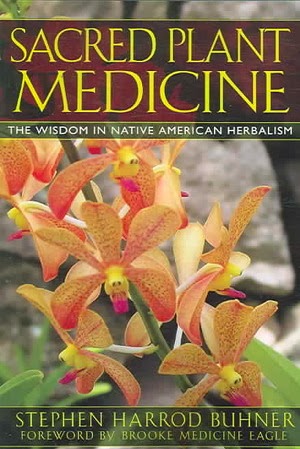 The chapters began to meld into one another and reading grew more tiresome.  I turned out the light and settled into my sleeping bag in the pitch-blackness of my tent.  The darkness let up as my eyes became adjusted, but the cold and wind did not.  My tent was pitched on a gradual slope atop many roots and rocks; outside there were noises…  I forced myself out of the tent once past midnight to relieve myself.  Facing the dark old ruins, I had some fear of ghosts.  I reminded myself that this resort had been a place of joy.  I didn’t sleep much at all that night.

I arose exhausted early in the morning and cooked a breakfast of oatmeal on my little camp stove.  The trip had been great so far (except for the not-sleeping and being frozen part of it!)  I wanted to see Inspiration Point, for it was nearby and I’d never been.  I hiked up to the structure through the beautiful manzanita bushes and peered out from the high up view. Just as from the top of Mount Lowe, the recognizable landmarks below seemed especially small.  I could see Pasadena City Hall, Los Angeles City Hall, and everything in between.  I could see Catalina Island far out on this overcast day, and felt as if I could see the curvature of the Earth.  There was hustling and bustling going on in the civilization below, but I couldn’t hear it.  All I heard was the wind running through the branches.


I turned around and walked back upon the familiar trail.  It was time to return to that concrete world of electronics and automobiles.  But a new chapter of my life had begun.  Forever after, looking up to the looming peaks from the city below, I would always remember that experience.  I’d spent a night in the Angeles, and the mountains were now that much more a part of me.
Posted by Tim Martinez at 10:05 AM