The Spiral Dance of the Celtic Year

Over the years, I have realized the increasing importance of living according to the seasons, and have felt the peace that comes from harmonizing ourselves with the cycles of nature.  I am happy to have discovered Mara Freeman's wonderful book, Kindling the Celtic Spirit, just in time for the transition to autumn  - my favorite season. 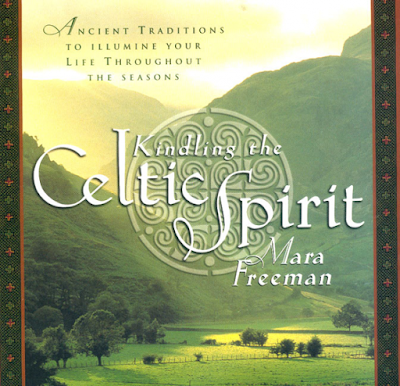 This book describes the seasonal traditions, legends, recipes, plant uses, and many ancient customs of the Celtic peoples for every month of the year, and has become a treasured reference book for me to connect more deeply with the Earth and nature-based wisdom of my Irish and Scottish ancestors.

I was most amazed by Freeman's description of why we might align ourselves with a more cyclic view of time, and a way of life based on complimentary opposites.  It is the best that I have read yet:

"Everywhere we look, we see that life moves in a spiral motion.  From snail shell to sunflower, from the invisible coils of the DNA molecule to the boundless whirling galaxies, life unfolds as a spiral.  This simple pattern holds the secret to the whole universe, for within its form lies the feminine circle and the masculine line.  Without these two movements, there would be no motion and consequentially no life in this world of opposites.  Spirals swirl through the art of the early Celts as they swirl on the stone walls of the burial chambers of their European Neolithic predecessors.  In Celtic countries people have danced in spirals since time began.  Even today the people of Brittany dance in all-night festivals where the music of bagpipe and hurry-gurdy never stops.  Slowly and rhythmically, they move into the center and out again in huge spirals.  Arms closely linked, bodies swaying, they stamp the earth, mimicking the sowing of seeds and other farming tasks.  Their dance reflects their participation in Earth's mysteries of blossom and leaf fall, the ebb and flow of the circling year... 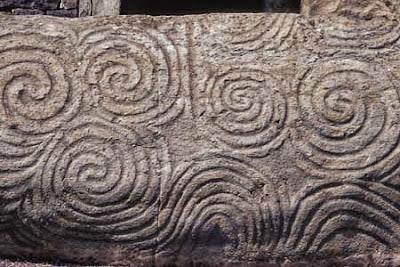 Awareness of life as an unfolding spiral is something that, sadly, we have lost today.  In the modern world progress is seen as a linear upward march.  If we do not consistently improve and achieve, we think there is something wrong.  But through consciously aligning ourselves with sacred time by attuning our lives to the spiral of the Celtic year, we are accepting the invitation to the grand dance of the universe, in which our partners are the sun, moon, and stars and every living thing.  With this greater sense of connection to the flow of the cosmos, we find a greater appreciation of the present moment and can now enjoy the journey instead of grimly fixing our sights toward a distant goal on an ever-receding horizon.  By embracing a "spiral attitude" toward life, we can gracefully take each step of the dance as we are led joyfully along by what the great Irish hero Fionn McCumhaill once called 'the music of what happens'" 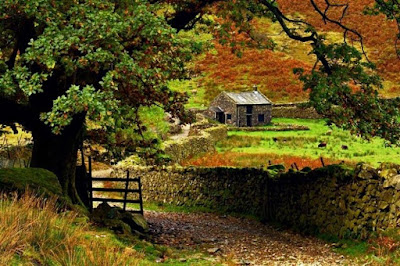 It is not only within the Celtic tradition where we may attune our lives to the spiral year and to sacred time, but within all traditions.  There is knowledge and macrobiotic wisdom to be found in all cultures and ancestries. 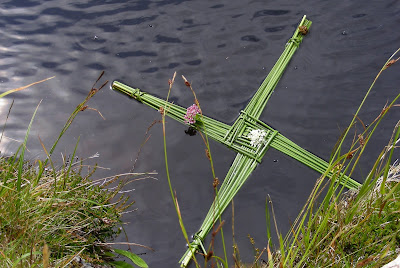 Let us again live according to sacred time and the seasons of the Earth! Let us share with our families, friends, and community the peace and well being that comes from living orderly lives.
Posted by Tim Martinez at 9:39 PM