I recently read Steve Scauzillo's article in the Pasadena Star News describing the Starbucks coffee chain's new "reusable" cup program intended to reduce waste from landfills and to be a step towards sustainability for the company.  Although the program is well intended, there are serious environmental flaws which instead make this new program a step in the wrong direction for people and the planet. 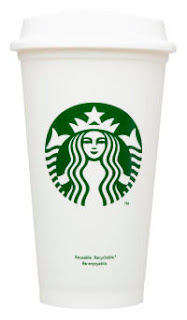 According to the article, "Starbucks Corp. is rolling out a $1 reusable plastic cup at it's cafes starting Thursday, Jan. 3, 2013."  The sturdy plastic cup may be returned and re-filled, and Starbucks will even give a 10-cent discount each time.  Scauzillo continues to report that "the cup can withstand about 30 runs through the dishwasher, and according to the barista I spoke with, it can be recycled.  'Take it down the street to hat recycling center,' she said…"
Mr. Scauzillo wrote that Starbucks "produces about 4 billion cups each year across the globe.  Can you say landfill crisis?  The company hopes the reusable cup will raise the percentage of sales in non-throwaway containers…"  One Starbucks customer interviewed in the article said of the program that "It relieves waste.  And it makes people more aware.  The more trash we are creating the more we are dumping into the landfill."

Unfortunately, the reality is that those hard plastic cups are all destined for either the landfill, or worse, as plastic pollution of our land and sea.  What could be so wrong with this effort to be sustainable?


Plastic recycling is a myth.

All plastic ultimately ends up in a landfill, or worse, as plastic pollution on land and sea.  So-called "recyclable" plastics such as bottles or the cups which Starbucks is beginning to use are in fact "down-cycled."  According to the Plastic Pollution Coalition:

"Collecting plastics at curbside fosters the belief that, like aluminum and glass, these will be converted into new similar objects. This is not the case with plastic. The best we can hope for plastics is that these will be turned into other products such as doormats, textiles, plastic lumber, etc. These products will still end at some point in the landfill – and do not stem the need for more virgin petroleum product.  This is not recycling, but down-cycling."

Every piece of plastic which has ever been created still exists, and much of it permanently pollutes land and sea.  The Great Pacific Garbage Patch contains hundreds of millions of tons of plastic pollution.  The plastic photodegrades in the water and on land, becoming microscopic pieces of plastic, yet never completely breaking down.  There are areas of the ocean which contain more plastic than Plankton, which is the base of the food chain.  These plastic particles attract toxic chemicals onto themselves from the water and thus poison the entire web of life and food chain of the ocean, including humans.  It is impossible to clean this microscopic pollution.  The only action which we can take is to quell the manufacture and global reliance on the unnecessary use of plastic in our disposable society. 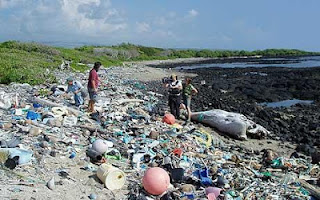 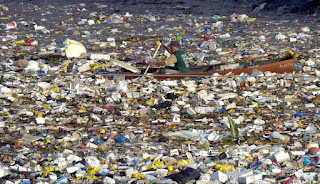 
Harmful chemicals leached by plastic are present in the bloodstream and tissues of almost every one of us, including newborns. 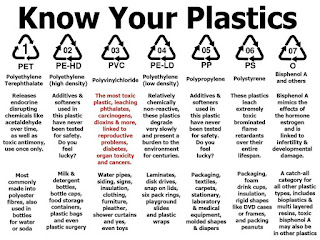 I often find Starbucks cups, plastic lids and straws as litter on the streets and in the gutters.  Thicker, heavier plastic cups left as litter create an even more severe plastic pollution problem.  Thick plastic cups currently distributed by fast food restaurants often become litter-- it is inevitable that the same will occur with these new Starbucks cups.  If Starbucks truly wants to be sustainable and reduce waste to landfills, these are my sugestions: 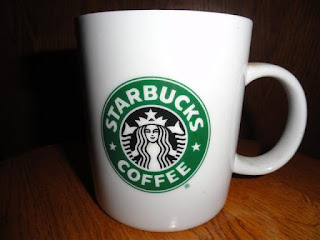 Simply transitioning over from plastic to stainless steel reusable containers would turn this program from well-intentioned-but-misguided to a truly commendable effort which would place Starbucks at the vanguard of sustainability.  It would be a model for all others to follow.
Posted by Tim Martinez at 5:23 PM