Trash-a-Dena: City incompetence and neglect of the Arroyo Seco

Early yesterday morning while on a trail run with my dog Washoe in the Arroyo Seco, I discovered two spots that were heavily polluted with plastic and styrofoam waste.

The first spot is located directly below Devil's Gate Dam in a small wetland area filled with tules and flowing water, which my dog loves to play in and drink from.  I tried to pick up what I could, yet there was too much pollution to clean on my own.  The styrofoam pollution was especially bad, as it was breaking up into smaller pieces and contaminating the water and soil.  In my experience leading cleanups for the Arroyo Seco Foundation, often times such severely degraded soil must be removed entirely to clean the area of every last bit of styrofoam. 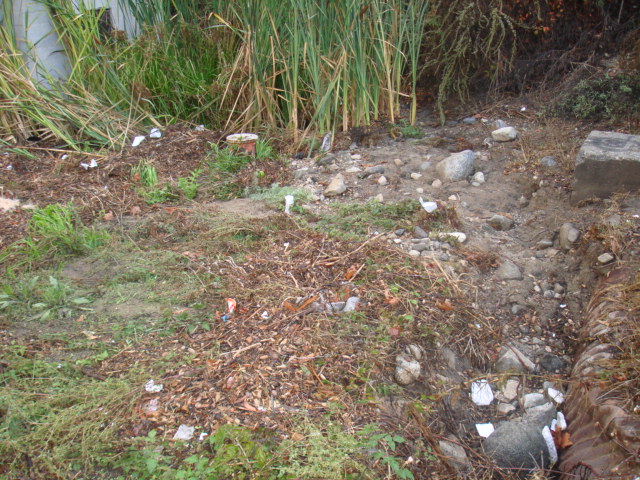 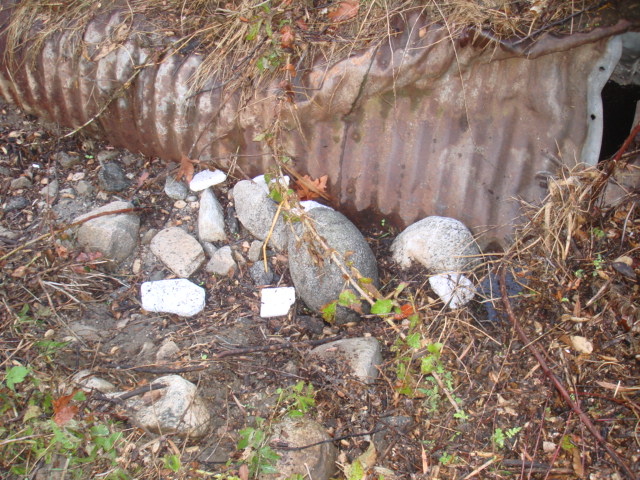 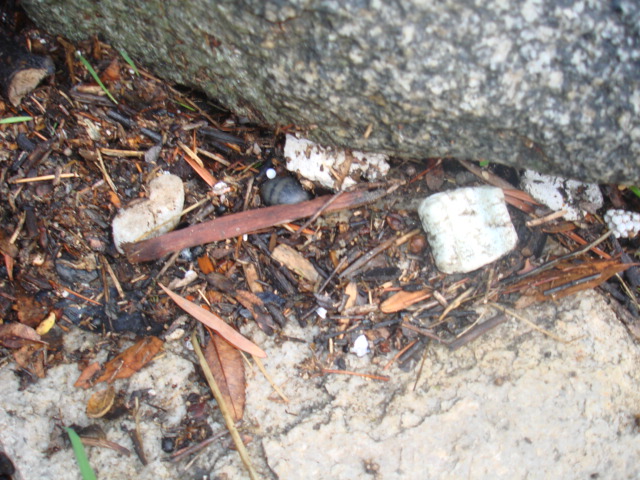 After discovering this disheartening scene, I checked up on a second area which was severely polluted with styrofoam peanut packaging a few weeks earlier.  I had been out of town since I first came across this massive quantity of petrochemical pollution on the bank of the Arroyo along Washington Blvd, and with much sadness I discovered that it remained just as polluted as before.

I took pictures, and decided that I would do as the City encourages citizens to do and report this pollution, and hope for a happy resolution.  Unfortunately, my experience with the City of Pasadena today on the phone was anything but a happy one. 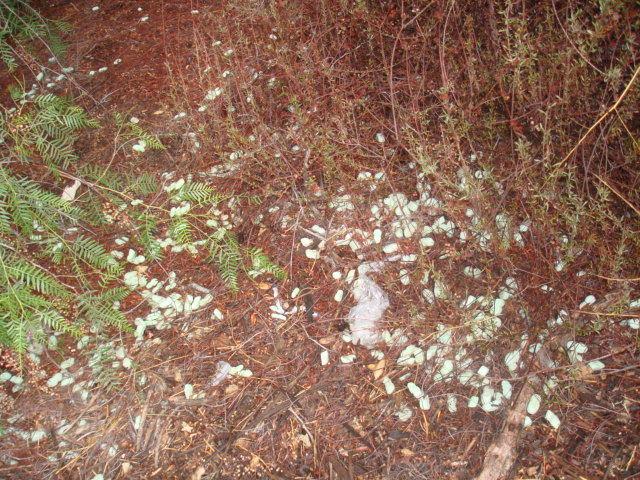 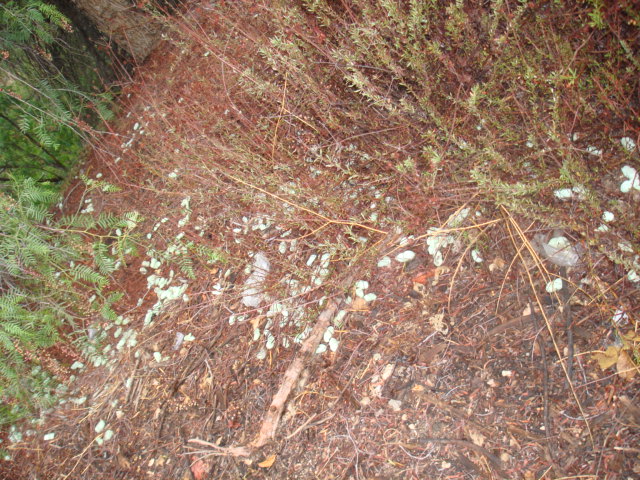 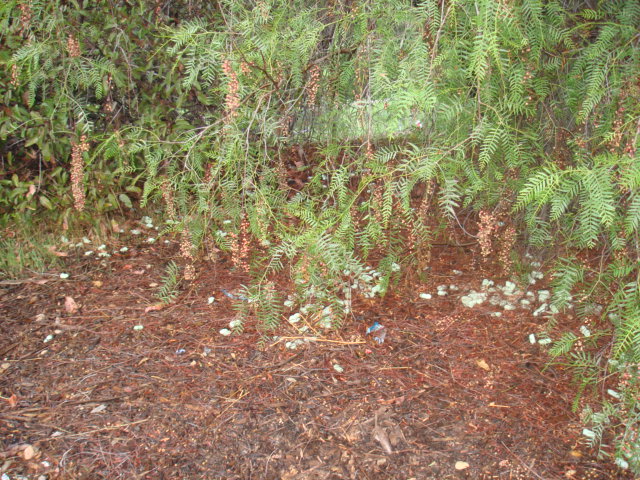 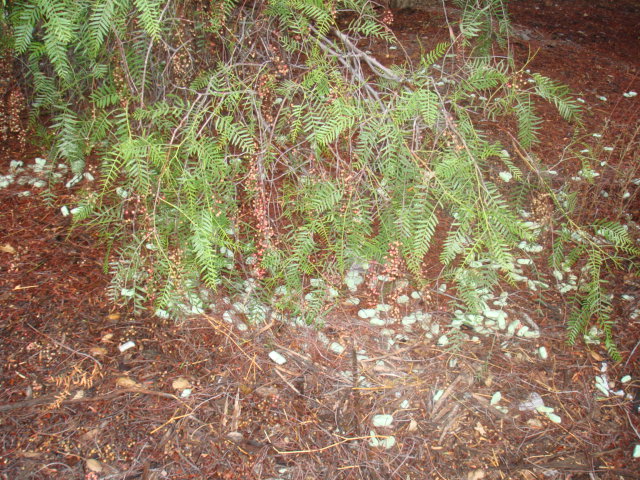 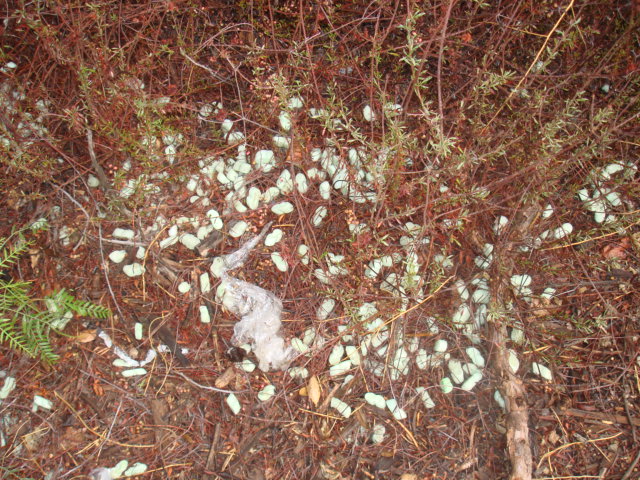 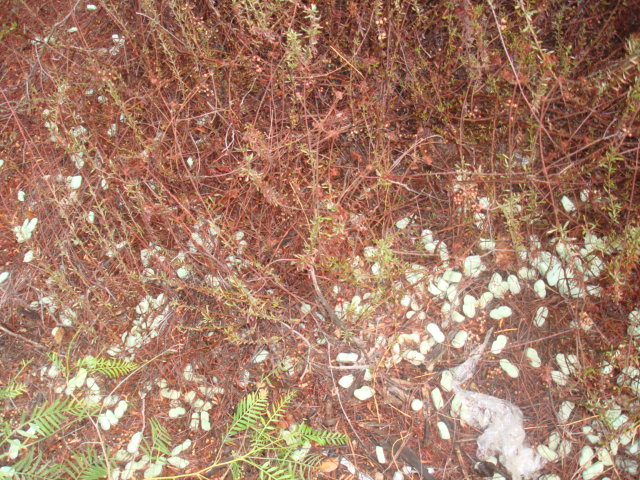 I called the Park Maintenance number on the Citizen Service Center page of the City website, told them the problem, and was transferred to Parks and Natural Resources.  They told me that I had reached the tree department, and transferred me to someone named Manny Macias.  He didn't answer the phone, and his voicemail box was full.

Frustrated, I called Parks and Natural Resources back, told them what I was trying to report, and was transferred to a supervisor.  This supervisor, Ted Latta, didn't answer his phone, and his mailbox was also full!  Unbelievable!

I called back, now having lost track of everyone I had talked to, and began saying again why I was calling and what I wanted to report.  The woman on the phone cut me off, saying I had already talked to her and that she'd transfer me over to a supervisor.  "Wait!"  No!  I didn't want that!  The supervisors aren't answering, their mailboxes are full and I haven't spoken to anyone in the City who can take care of this problem!  She became defensive and complained that I hadn't given her an address… It's parkland! There is no address!  I did, however describe exactly where it was, and volunteered to meet City workers and show them exactly where to go.

I am now waiting for Mr. Latta to call me back, and I look forward to speaking to him personally.  There need to be some serious changes in the City of Pasadena if this is how they deal with citizens who are trying to improve our environment and quality of life.

If this is the level of incompetence and neglect we face right now in regard to Arroyo issues, how much worse will it be if there is even more pollution generated in our watershed from a soccer field in Hahamongna, or a "temporary" NFL team in the Rose Bowl?

The City says that their cleanup measures are adequate.  Judging from the above, would you agree?