Everything is Kung fu 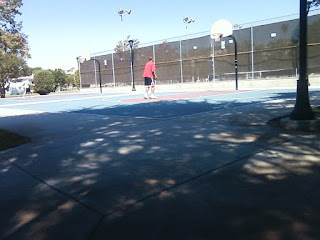 Kung fu = any skill that is achieved through hard work and practice.

When many of us hear the term "kung fu," we automatically think of Bruce Lee, nun chucks and the martial arts.  But to know the concept by it's original meaning sheds light on the fact that any discipline  may become a skill that is achieved through hard work and practice.

In western culture, we are all familiar with the saying "practice makes perfect."  To realize this is to understand that "everything is Kung fu."  Through practice and discipline, we can become able to achieve what we set out to do effortlessly.  This applies to the martial arts, but also to music, theatre, cooking, skateboarding, algebra-- to any practice.  Once we have reached the point of effortlessness in our discipline, we have then achieved what Taoists have named "Wu wei" -- non-action or non-doing.

When studying Taoist philosophy in the west, many people believe Taoism to be an esoteric, go-with-the-flow philosophy, and interpret concepts such as Wu wei to mean that a practitioner of Tao does nothing and is lazy.  Non-action may seem to indicate a lack of resolve and determination.  However, when one considers the amount of practice and dedication it takes to perform a difficult task effortlessly, the concept of Wu wei takes on a new meaning entirely!

Musicians may perform a song effortlessly, but the amount of work it took to learn how to finger pick on a guitar illustrates that the guitar playing took much work and practice to perfect.  Once the skill is achieved, the musician may play the melody without thinking.  Once a cook has become familiar enough with the recipe, ingredients may be mixed accurately without measuring.

Bruce Lee, one of the most capable masters of Kung-fu in history, possessed a deep understanding of Tao, which may also be called the "Order of the Universe."  He said:

“Be like water making its way through cracks.  Do not be assertive, but adjust to the object, and you shall find a way around or through it.  If nothing within you stays rigid, outward things will disclose themselves.


The concept of attaining Wu-wei through practice and hard work is perfectly illustrated in this next quote by Lee.  Effortlessly finding constant balance (Wu-wei) amidst the constantly changing and alternating energies of Yin (expansion) and Yang (contraction) is the essence of a Taoist practice, which may be applied to all aspects of life.

"When the opponent expands, I contract,
When he contracts, I expand,
And when there is an opportunity,
I do not hit--it hits all by itself."

Here in the United States, and elsewhere in the western world, we would do well to treat everything in life as a practice-- as something to be constantly tinkered with and improved.  We would do well to become flexible through practice.  To be formless, and not as rigid.  To perfect the art and science of being human is to reach our full potential.