Spring is here, and Summer lies not far behind.  It's the time of year in which the grasses grow tall along the trails and fields, and which draws people outdoors for active recreation.  This warm, expansive energy also spurs various species of ticks into activity; bringing with them the risk for contracting a much feared bacterial infection - Lyme Disease.

Here in California, the western blacklegged tick is the species that can transmit the bacteria which causes Lyme Disease.  This bacteria, Borrelia burgdorferi, is transmitted to humans through the bite of infected ticks.  I was bitten and infected with Lyme Disease in March of 2011 while bushwhacking up the ruins of the Great Incline in Rubio Canyon.  Let me share with you my personal experience with Lyme Disease, the mistakes that I made, and the advice I can offer as someone who’s gone through it.

After discovering the engorged tick sticking out of my back near my left armpit, my first mistake was burning it dead before trying to yank it out.  I thought nothing of following this conventional wisdom, but am now convinced this was the action that ensured my infection.  When you burn a tick, it’s saliva is spewed into your wounded skin, elevating risk of infection.  Normally, a tick must be attached for 36-48 hours before the Lyme bacteria transmits.  Infection with the Lyme bacteria is slim before this window.  Burning the tick before then greatly increases odds of infection.


The proper way to remove a tick is to use tweezers and try to pull it out from as close to the head as possible.  If you cannot remove the tick entirely, seek medical assistance.  After failing to remove a tick that attached near my collarbone earlier this year, I had it removed at a local urgent care.  They sent it to be tested in a lab for peace of mind - it came back negative for Lyme.

Watch for Signs of Infection

If you’ve managed to remove the embedded tick within that 36 hour window in it’s entirety, disinfect the area and allow it to heal.  Save the removed tick in case future testing is warranted.  Keep an eye out for the tell-tale sign of Lyme infection - Erythema migrans, or a "bull’s-eye" rash.  This rash occurs in 70-80% of those infected.  If you see the rash develop, or feel symptoms of malaise, sore throat, fever, chills or fatigue, get yourself to your doctor immediately.

When I contracted Lyme, my second mistake after burning the tick was refusing antibiotics.  After removing the tick I had burned, my doctor offered me a couple of days worth of doxycycline as a profilactic measure against infection.  Being generally weary of antibiotics, I refused.

Unfortunately for me, my doctor failed to make clear that your immune system CANNOT overcome a Lyme infection.  About six days later I had a sore throat.  Eight days later I had an itchy bullseye rash, horrible malaise, and was put on two weeks worth of doxycycline.  The antibiotics affected me worse than the Lyme, but within a few days the rash began to fade.

There’s a lot of crazy information online about Lyme Disease.  I learned that the hard way.  Google led me to plenty of pages promoting conspiracy-type views about Lyme being incurable, even after early treatment with antibiotics.  These pages asserted that doctors were all in on an evil plot to deny chronic Lyme patients antibiotics, and pretty much told me I was screwed forever. 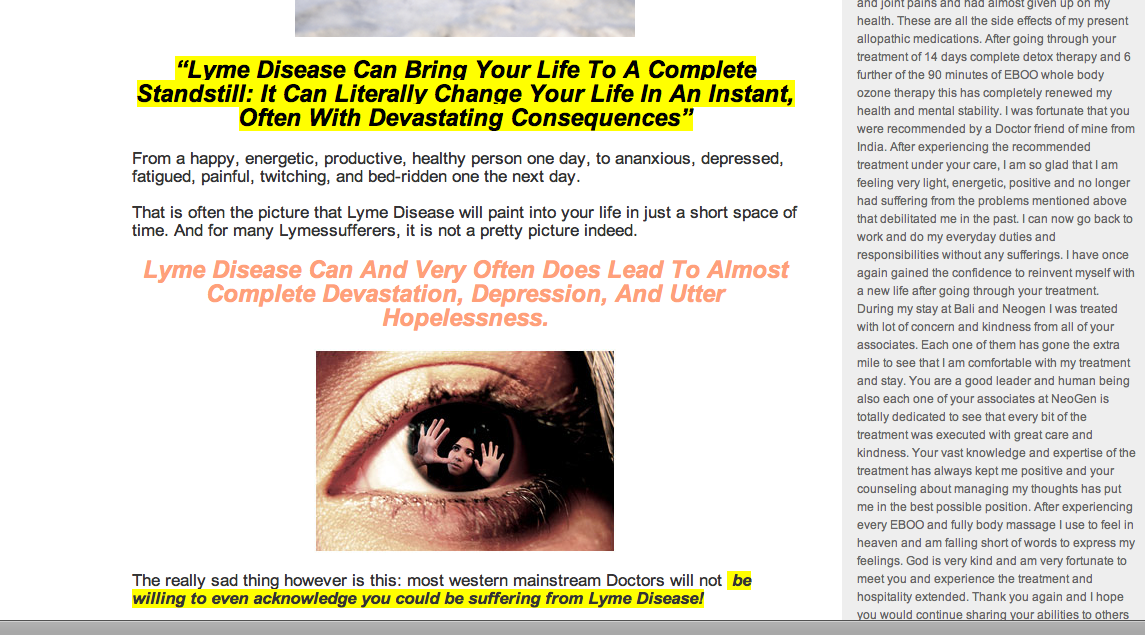 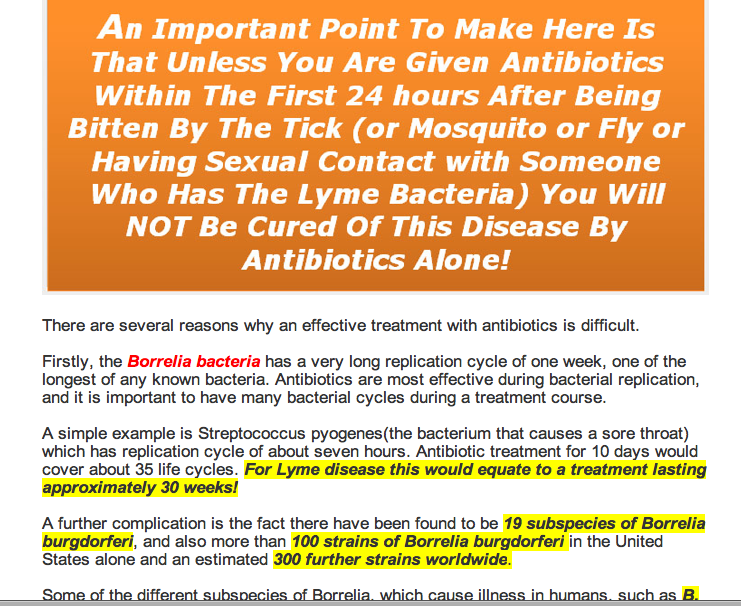 I gradually learned to avoid the webpages with flashing neon lights, and to rely upon more credible sources such as WebMD and Mayo Clinic.  Although untreated Lyme Disease can have devastating effects, those catching and treating an early infection should expect to be cured completely.

After my experience with Lyme Disease, I began taking the following precautions to reduce my chances of future contact with ticks:

Ticks can crawl up your pant legs, up your shirt, down your neck…  Take this into consideration.  For a while, I only wore long pants and tucked-in, white, long sleeve shirts while out in the mountains.  Some researchers even tuck their pants into their socks and wrap them with tape!  Wearing light colors helps you to spot ticks and brush them off, while wearing tucked-in, long sleeved clothing provides fewer entry points for crawling critters.

The tick that infected me with Lyme went straight down my shirt collar as I climbed through the bushes.  Needless to say, I don’t go bushwhacking anymore!  Ticks like to reach out from tall grasses and attach to creatures that brush on by.  You can avoid this prime tick habitat by staying in the center of trails and by trying not to brush up against shrubs and grasses. 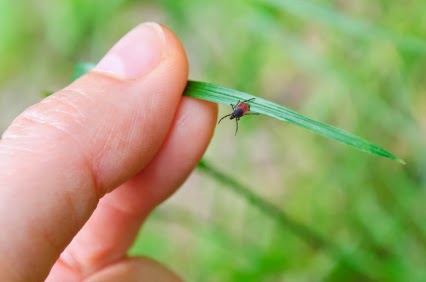 It is impossible to completely avoid ticks, and many of us would prefer not to spray ourselves with insect repellant every time we go out into the woods.  Tick checks, I’ve found, are the best option for reducing the risk of exposure. 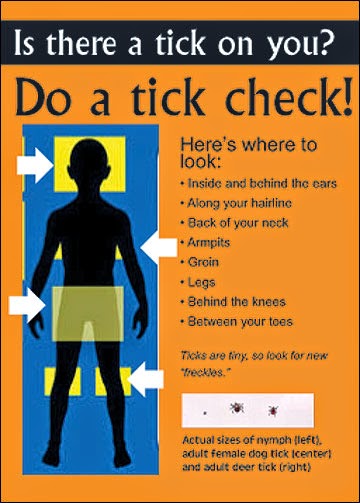 While out hiking or camping with friends, or even by yourself, stop to check over your body and clothing periodically for ticks.  Once you get home from the outdoors, wash your clothes and keep an eye on your body for the next three days.  With the development of good habits, there’s no need for paranoia when it comes to spending time outdoors.  Being aware of your surroundings and of the proper treatments will allow you to traverse the wild with peace of mind.